When you need tomorrow’s news today – everything that’s important in business, politics and innovation.

All that matters are the facts.

The number of news articles researched, written and published to date.

The years of experience we have as a news agency in Switzerland.

The number of languages we produce your news in – and we speak 8 languages between us.

Our NewsTech solution reimagines the synergies between news, IT and social media.
It facilitates the cost-effective production and distribution of network-compatible news articles.
This helps to future-proof your communications strategy.

A future-proof model for business news

Achievements matter: When producing news articles, Café Europe focuses on the actual achievements of companies and other major players in the business world, as well as on products and services, innovations and research findings.

We make the relevant visible: Anyone who pours their heart and soul into creating something new deserves recognition and visibility. Café Europe produces news articles focused on issues of relevance to others.

Networks are becoming more important than media: These days, those who require a reliable source of news are increasingly turning to social and private media to obtain their information. For this reason, Café Europe also supplies newsfeeds and newsletters to trade associations, location promotion agencies and other networks.

Network-compatible news articles go viral across the world: Users around the world re-post and share news articles that are relevant to them on their social media platforms and private communication channels.

Good news don’t come for free: Gone are the days when recipients of news paid for them. If companies want credible and reliable news to be produced about them, they have to pay for them.

Network-compatible news articles are the gateway to the information world. They are concise, incisive and easily grasped.

As such, they fit in with the shorter attention spans of modern readers. They are suitable for all channels, especially social networks.

Network-compatible news articles are not hidden behind paywalls or log-in credentials. Both the transparency of news sources and our journalistic values guarantee credibility as well.

The seal of quality:

We are a news agency. We produce network-compatible news articles that are written by experienced journalists.

We keep three key criteria in mind at all times: Relevance, truth, clarity.

This means that our journalists produce the news independently, ruling out the possibility of any “spin”.

This objectivity is also in the interest of the sender: Only when the reader trust the news article in front of them will they absorb the information it contains. Any hint of advertising destroys credibility.

Information about your company is launched into the news world via more than 65 national and global channels.

We operate more than 65 national and global news channels on a daily to weekly basis for our partners.

Around 25,000 decision-makers from the worlds of business, finance, politics and science keep up-to-date via the newsletters we produce on the basis of news articles published on punkt4.info (German) and swisstrade.com (English). 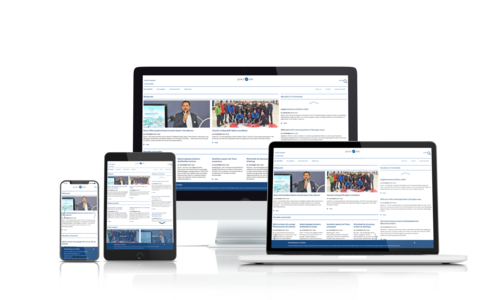 Our PURE, PLUS and POWER news packages can be individually combined. The scope and frequency can also be adapted to suit your particular needs. Please do not hesitate to get in touch with us for advice regarding the best news-driven communications solution for your business or organization.

We are journalists.
We love facts.
We are committed to truth and transparency.

Café Europe was established in St.Gallen in 2005. Thanks to an extensive network of correspondents, we initially focused on supplying regional German-language newspapers with background texts for the foreign affairs and business news sections, as well as on a range of other relevant issues.

We reacted to the change in the media world at an early stage. Traditional forms of media bear practically no relevance for SMEs and smaller organizations. However, at the same time, they require greater visibility than ever before to gain a foothold in such a globally networked business world. Since 2008, Café Europe has been writing news articles covering business, politics and innovation for a diverse group of associations, companies and organizations. In so doing, we have developed our NewsTech solution and are focused on continually refining and enhancing this.

The former industrial city of Winterthur is now our home. Our efficient team researches, writes and publishes news articles in German, English and French. Supported by our proprietary NewsTech platform, we offer an end-to-end solution that covers every step: From sourcing information all the way through to reporting.

Café Europe has at its disposal a flexible team of professionals with experience in the areas of journalism, IT and networking, which work with and for us across several continents.

We are happy to help.

WinGD collaborating on the development of a large-scale ammonia engine

Beaconsmind on the growth path in India

Georg Fischer brings DXC Technology on board to modernize IT infrastructure